2013 was a special year for us at Ketchum Manufacturing Inc. The little company that began out of a hobby shop above a farmhouse in 1913 has since grown into one of the most well known identification companies in the world.

Zebulon Ketchum, an Ottawa, Canada based inventor and former professional lacrosse player turned his love of tinkering into a successful business. He owned a bicycle shop in downtown Ottawa and eventually grew and expanded that business into other products including becoming the first provider of the new "horseless carriage" in the nation's capital.

However, it was his inventor's nature that led him to the genesis of the Ketchum business which was metal identification tags to be used in the livestock industry. We believe Mr. Ketchum would be proud to know that this remains a product we manufacture to this day.

Mr. Ketchum's daughter Isabelle began working with her father after school at a very young age. Isabelle Ketchum Percival accepted more and more responsibility for the company's operations until she purchased the business outright in 1921. Mrs. Percival then continued to guide the company through multiple expansions and a period of intensive growth. All while operating on the family's farmland.

During both world wars the business adapted and re-tooled so it could help in the war effort producing bullet casings, gun triggers, and detonator covers for the army. It also produced the army dog tags for soldiers as they headed overseas. A product we still manufacture today.

Although Ketchum Manufacturing has reinvented itself many times over it has never strayed from its agricultural roots. Many of our tags are now made of plastic but the livestock identification business continues to be our core function. 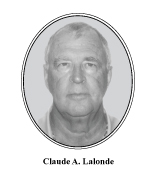 Claude Lalonde was one of the first people outside of the Ketchum family to join in the management of the company and became its General Manager in 1974. Working with Mrs. Percival's two nephews Brian and Peter Gilman, the company continued its growth through the 1980's. In 1993 Mr. Lalonde and his wife Gail, purchased the company from Mrs. Percival and the Gilman brothers and again the company entered new markets and took its manufacturing capabilities to new potential buyers. Ketchum became a custom print factory, printing and die cutting plastics for use in the hotel, retail, and grocery industries. The company has become the world's leading supplier of tags used to identify and trace the origins of wild caught and farmed seafood and we continue to be a metal stamping company as well and currently produce numerous metal products for various industries around the world.

In 2017, the company was sold to two long term employees, Jason Baker and Kevin Dalrymple. The company continues to seek and add new opportunities. Most recently, they have added digital printing, CNC egraving and stock and hold programs for their customers.

In 2005 the company made the heart wrenching decision to leave its home in Ottawa for its more spacious facility in Brockville, Ontario some 80 kilometers south along the US Border. The business started on a rural farm outside of Ottawa and when it moved it found itself in the middle of the city. What started as a niche business serving the local agricultural community spread regionally, then nationally, and now competes in almost every market of the world.

There have been 18 Presidents, 19 Canadian Prime Ministers, and 4 Monarchs in Great Britain since Ketchum's reign over the identification industry began. We are immensely proud of what we have accomplished so far and as we prepare to pause and look back on what we have achieved, our promise to our customers is that we will always continue to move forward as well.